Antibiotics: Kill or Save?

Doctors predict that in a few years, mankind can start to struggle against infectious diseases all over again. And all because two most valuable inventions of mankind in pharmacology – antibiotics and vaccines – in our enlightened XXI century were caught in a web of myths and prejudices.

Antibiotics are substances mainly of natural origin, which are produced as a rule by fungi. They kill or inhibit bacteria growth that causes pneumonia, sepsis, meningitis and are absolutely useless against viruses – causative agents of ARVI, influenza, hepatitis A, chickenpox, measles and other diseases.

The appearance of the first antibiotic – benzylpenicillin, or simply penicillin – in 1928 was an accidental discovery of Alexander Fleming, who discovered that staphylococci culture was dying under mold fungi bacteria action. However, the mass production of antibiotics began only 17 years later – in 1945. The emergence of these antibiotics has ceased to be «a rule of thumb», but was determined by bacterial landscape, that is, the predominance of particular bacteria type at the moment. Now antibiotics include about 30 classes of drugs and about 150 – 180 registered original drugs. However, production of new antibiotics came to deadlock: during the last 10 years, there were created only 2 – 3 new drugs. 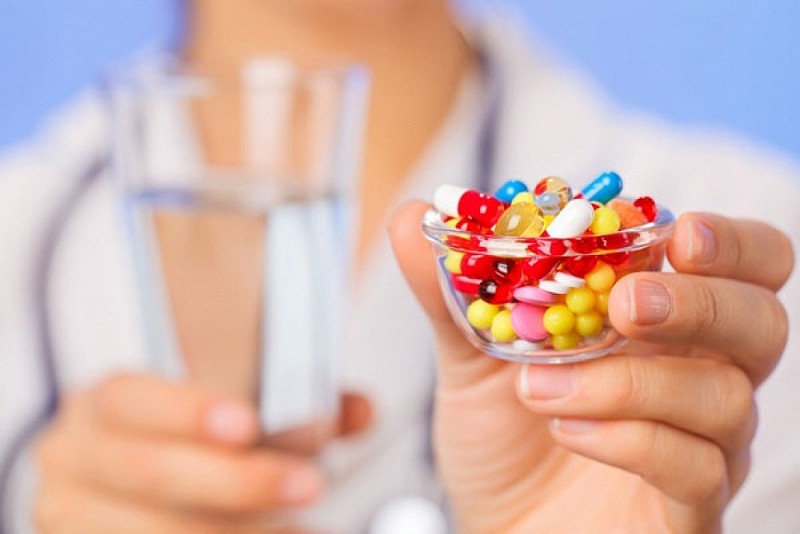 When hospitals began to use penicillin, the mortality rate in maternity hospital from infections caused by staphylococci (most common at that time kind of bacteria), it decreased by hundreds of times, which allowed to save lives of mothers and children. However, after 50 years 99% of staphylococcus bacteria are no longer susceptible to penicillin – they have developed resistance to the drug. After a crazy effect of the first antibiotic, doctors began to prescribe them for infections, which we believe now insignificant and do not require such drug intake. As a result, during less than a hundred years, antibiotics managed to cover all the way from its dawn to sunset.

The number one problem with antibiotics is now considered the development of drug resistance and the emergence of 5 – 7 bacteria, which are difficult to treat with existing drugs, such as Pseudomonas aeruginosa, Staphylococcus aureus, or pneumococcus.

The development of bacterial resistance to antibiotics was triggered by the irrational use of medicines – both by doctors and patients.

For example, a mother with a coughing child with high body temperature came to a physician. The doctor by the eye can not detect bacterial infection or virus, but to be on the safe side, not to miss dangerous conditions, prescribes antibiotics.

Preventive effect as such doesn’t present in antibiotics, but there are clear indications to assign antibiotics, for example, at patients with immunodeficiency. But it is easier for the doctor to prescribe antibiotics to protect themselves and the patient.

What happens next? Pack of purchased once the broad-spectrum antibiotic is present at home, and when a child falls ill again, parents give him the same pills – according to their logic, since the child has the same symptoms, then it should be treated the same way. Introducing antibiotics in the body for a long time (especially at low dosage) leads to the development of microbial resistance to the drug.

All antibiotics, one way or another, have side effects that are not always known to doctors because in some cases they are unobtrusive and do not cause significant harm to patient’s health. But some people manage not to pay attention even to «screaming» side effects.

For example, gentamicin antibiotic (related to II generation of aminoglycoside group) has two serious side effects – oto- and nephrotoxicity. As well as entire group of drugs (it is not developed now): Amikacin, Bramitob, Isofra, Kanamycin, Cyrinus, Neomycin, Streptomycin, Toby, Tobramycin and others. Gentamicin can accumulate in the middle ear and kidney tissues. On the one hand, it can effectively treat diseases of these bodies, but on the other, they cause serious complications – irreversible deafness and reversible kidney damage.

However, doctors may not notice these side effects, since deafness may not be complete, but partial. Easy audiometry could help to notice hearing loss, but who will carry it out at pyelonephritis treatment? Therefore, if possible it is better to choose other antibiotics group – not aminoglycosides, but for example, cephalosporins ( Azaran, Ceftobiprole, Kefotex, Klaforan, Lyzolin, Maxipime, Nacef, Orzid, Oframax, Proxime, Rocephin, Suprax, Torocef, Fortum, Cefazolin, Ceftriaxone, and others).

Antibiotics of tetracycline group (Vibramycin, Doxycycline, Xedocine, Unidox Solutab, Tetracycline) do not cause deafness, unlike aminoglycoside, but 100% of men observe spermatogenesis (sperm production) violation which may recover or maybe not. As explained by Sky Pharmacy pharmacologists, tetracycline antibiotics are among the most toxic: they cause a violation of bone and teeth formation. Even at the local application in the form of ointments, particularly at children, it can cause such disorders.

Antibiotics toxic effects are dosage-dependent. This means that the longer and the more you take the medicine, the more possible side effects development is. Therefore, the most important rule when taking antibiotics – strict adherence to intake frequency and therapy duration prescribed by the doctor. The least toxic antibiotics are penicillins (Ampicillin, Ecobol, and others), and macrolide antibiotics (Azitrox, Wilprafen, Klabax, Klacid, Rulid, Sumamed, Sumamox, Fromilid, Erythromycin, and others). But this does not mean that they are absolutely safe.

For example, if a person has an allergy to antibiotics, most likely, it appears in the case of the introduction of penicillins and cephalosporins. Thus, for severe allergic reaction – anaphylactic shock, which is 70% of cases leads to death, even a small contact with the allergen is enough.

Risk is also in the fact that patient can already suffer from an allergy to antibiotics, but he does not know about it – we eat meat, «pumped» with antibiotics, and on this background, additional intake of even small doses of penicillin may cause a severe allergic reaction, but can also cause death.

Most patients taking antibiotics, one way or another, heard about that at this time it is better to abstain from alcohol. The fact is that co-administration of antibiotics and alcohol can not only reduce these drugs’ effectiveness but also cause severe side effects, including death.

Ethanol affects liver enzyme activity and its ability to metabolize antibiotics. As a result, when alcohol is used in combination with erythromycin its concentration is simply decreased, but chloramphenicol preparations containing ketoconazole (Nizoral and other antifungal antibiotics), furazolidone chemically interact with alcohol, which leads to serious side effects, even to convulsions, severe dyspnea, and death. Drinking alcohol with these antibiotics is strictly contraindicated.

Antibacterials for Children are not Profitable

Another problem with antibiotics remains the absence of pharmaceutical forms for children.

Medications are a business. And since the main antibiotics consumers are still adults, pharmaceutical companies are not engaged in the production of pharmaceutical forms for children because it is unprofitable.

The result is that the «adult» pill is divided in half and given to the child. However, in this case, drug effectiveness may simply come to naught.

Pills are protected by a special coat that allows them to not be dissolved by hydrochloric acid action in the stomach. There are medicines that are particularly sensitive to acid, and if we crush a pill, we break its structure and the drug is simply dissolved and ceases to act. This happens, for example, with erythromycin drugs.

Antibiotics + Probiotic = Money Down the Drain

One of the most unpleasant symptoms of antibiotics side effects, even at proper reception – diarrhea. Advertising and doctors tell us that from the first day of taking medication you need to take drugs that restore the intestinal microflora. However, it often turns out that they just make us buy useless medicines.

Diarrhea, which appeared after taking antibiotics, is a side effect of drug action. Our intestines and the entire body are inhabited by bacteria, most of them – anaerobic microorganisms. Antibiotics, destroying harmful bacteria, also kill useful, causing short-term diarrhea. 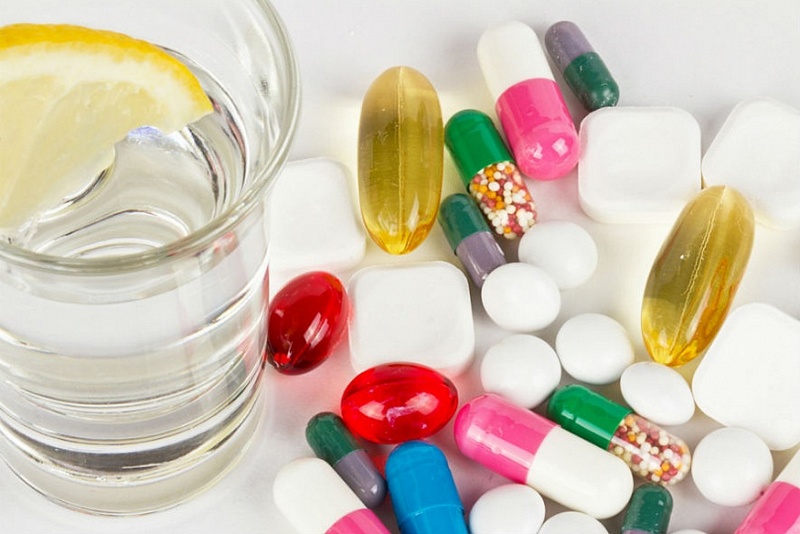 Intestinal microflora killer number one is metronidazole (Trichopol) and clindamycin, according to Sky Pharmacy specialists.

A healthy body is able to independently restore microflora without external intervention. However, it is easier to think that we need to save by pills. Probiotics, which are recommended to take with antibiotics, are also bacteria, they can also be exposed to antibiotics. Therefore, a doctor should select probiotic drugs strictly in accordance with antibiotic activity.

For example, popular Linex drug includes gram-positive organisms, which are easily «killed» by macrolide, tetracycline and penicillin antibiotics. But Bifidumbacterinum includes gram-negative bacilli, which is resistant to most antibiotics, except for some cephalosporins and fluoroquinolones – very popular and commonly prescribed antibiotics.