Acquired Immunodeficiency Syndrome (AIDS) is a term applied to the most recent stages of HIV infection. It is characterized by the appearance of any of more than 20 opportunistic infections or HIV-related cancers. 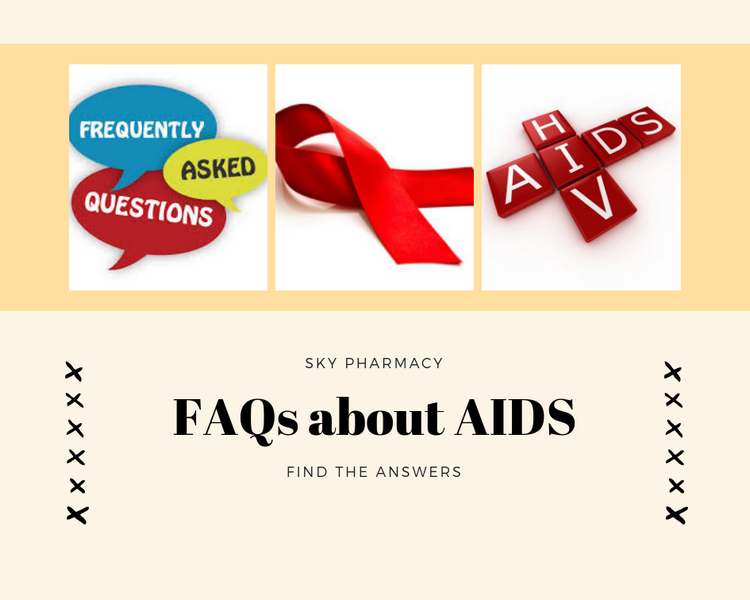 How is HIV transmitted?

How many people worldwide are infected with HIV?

According to WHO and UNAIDS statistics, there were 36.7 million people living with HIV worldwide at the end of 2016. In the same year, about 1.8 million people acquired the infection, and 1 million people died from HIV-related causes.

How fast does an HIV-infected person develop AIDS?

This period of time varies widely among people. If untreated, most HIV-infected people show signs of an HIV-related illness within 5–10 years, and possibly even earlier. After acquiring HIV infection, it usually takes 10–15 years, and sometimes more, to diagnose AIDS. Antiretroviral therapy (ART) can slow the disease progression by preventing viral replication and, therefore, reducing the number of viruses in the blood of an infected person.

What life-threatening opportunistic infections can affect people with HIV / AIDS most often?

How can I reduce the risk of HIV transmission through sexual contact?

Male circumcision reduces the risk of acquiring HIV during sexual contact between a man and a woman by about 60%. A one-time medical male circumcision procedure provides lifelong partial protection against HIV, as well as against other sexually transmitted infections. Male circumcision should always be considered as part of the overall package of HIV prevention measures, which in no way replaces other known methods of prevention, such as male condoms.

How effective are condoms in HIV prevention?

When used properly during every sexual intercourse, condoms are a reliable way to prevent HIV infection in women and men. However, no method of protection other than abstinence is 100% effective.

What is a female condom?

The female condom is the only woman-controlled contraceptive barrier method currently available on the market. The female condom is a durable, soft, transparent cap of polyurethane, inserted into the vagina before sexual intercourse. When used properly, it will completely cover the vagina with every sexual intercourse providing protection against both pregnancy and sexually transmitted infections, including HIV.

What are the benefits of an HIV test?

What are antiretroviral drugs?

Antiretroviral drugs, according to Sky Pharmacy, are used in the treatment and prevention of HIV infection. They fight HIV by stopping or restraining the virus reproduction and reducing its amount in the body.

What is the current state of the provision of antiretroviral therapy (ART)?

As of mid-2017, 20.9 million people were engaged in antiretroviral therapy (ART) worldwide. This figure demonstrates the impressive successes achieved over the past decade in HIV treatment. Regretfully, it represents only 53% of patients requiring ART. Thus, more than half of the people who need access to treatment still do not obtain it.

Is there a cure for HIV?

No, there is no cure for HIV. But with proper and continuous adherence to antiretroviral therapy, HIV progression can be slowed down almost to a complete standstill. More and more people with HIV, even in low-income countries, can maintain well-being and productivity for a long time. WHO recommends treatment for all people infected with HIV, as well as for those who are at significant risk.

What other types of help are required for people with HIV?